SWR Symphonierorchester in Egypt
May 2010

An Evening with Seasons
October 2014

Praxa or the Women’s Parliament
March 2012

Music by and for Children
February 2014 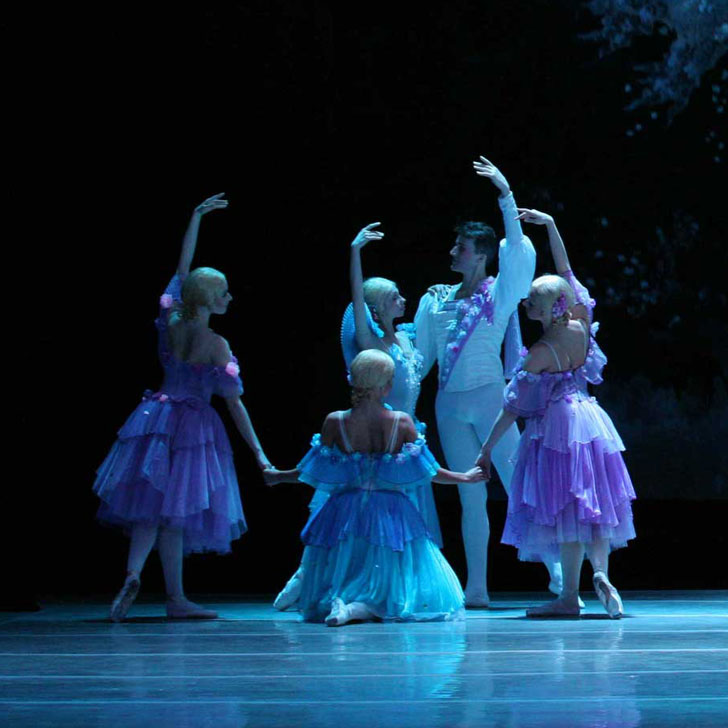 Cinderella Ballet from the National Ballet of Ukraine
April 2012

Nutcracker Magic from China
May 2014

With more than six decades of artistic achievement, the Royal Philharmonic Orchestra has earned its place among the United Kingdom’s most prestigious orchestras.

The ensemble draws many of the world’s leading conductors to its podium and has been hailed as a “force to be reckoned with” in the rarefied world of classical music (Sunday Times, London). In addition to its acclaimed concerts in London, the orchestra has toured extensively throughout Asia, Europe and North America, delighting audiences worldwide with the highest standards of music-making across a diverse repertoire.

David Firman conducted the original West End productions of Jesus Christ Superstar, Evita, Cats, Chicago, Godspell, Pirates of Penzance, Singin’ in the Rain, Dancin’, Children of Eden, Metropolis, Andy Capp, Annie Get Your Gun, La Cage aux Folles, and Phantom of the Opera (Guest Conductor). David is Guest Conductor with the Danish Radio Sinfonietta and as such has arranged and conducted upwards of 25 albums and a similar number of televised concerts. He has conducted many orchestras, including the London Symphony, London Philharmonic, BBC Concert, along with orchestras in Australia, Singapore, Bangkok, Stockholm, Hannover, and Tokyo.

Ria Jones has performed in the West End productions including High Society, Nine, Chess, Les Misérables, Joseph and the Amazing Technicolor Dreamcoat and Cats. On the concert platform, Rita has perform in Jesus Christ Superstar, Evita, West Side Story, Les Misérables, Sondheim – A Celebration, The Music Of Andrew Lloyd Webber, Voices of a Nation, Best of Broadway and in Children Will Listen.

Trained at the Liverpool Theatre School, Graham has performed in the West End for the last twenty five years in productions including They’re Playing Our Song, Pirates of Penzance, as principal lead in Jukebox, Which Witch, Maddie, The Pajama Game (Dora Award ‘Best Actor’ nomination, Toronto) Les Misérables, Metropolis, Miss Saigon, Sunset Boulevard, and Ragtime. On the concert platform, Graham has performed with orchestras throughout the UK, Europe and South America including The Royal Liverpool Philharmonic, The London Symphony, The London Concert, The Manchester Concert, The City of London Sinfonia, The National Symphony, The Northern Sinfonia, The Royal Scottish National, The Hallé, The City of Birmingham Symphony,  The Royal Philharmonic,  The RTE Concert, The Gothenburg Symphony, The Iceland Symphony, The Sao Paulo Symphony and the Bergen Philharmonic. Graham also regularly appears with the BBC Concert Orchestra.

SWR Symphonierorchester in Egypt
May 2010

An Evening with Seasons
October 2014

Praxa or the Women’s Parliament
March 2012

Music by and for Children
February 2014

Cinderella Ballet from the National Ballet of Ukraine
April 2012

Nutcracker Magic from China
May 2014